Robert F. Wimmer-Schweingruber, ESSC Solar System and Exploration Panel member and director at the Institute of Experimental and Applied Physics of the University of Kiel, Germany, received the International Cooperation Zhongguancun Award 2020 for his research on lunar radiation contribution to the Chinese mission to the Moon, Chang‘E 4. I met with Professor Wimmer-Schweingruber to find out more about his research project. 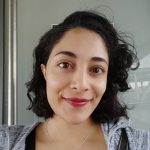 On July 20, 1969, around 650 million people watched in suspense as Neil Armstrong descended a ladder towards the surface of the Moon. As he took his first steps, he uttered, “That’s one small step for (a) man. One giant leap for mankind.”

Lunar missions have proven to bring immense scientific and explorative value. The fact that the Moon has no atmosphere or fluid erosion makes it a geological time capsule.

“For astronauts, the biggest risks while being on the Moon might be losing air or for their suit to break. But when coming back to Earth, astronauts face the long-term risk of radiation. And that’s why it’s crucial to measure that on the Moon,” says Wimmer-Schweingruber.

A SOLUTION FOR MEASURING LUNAR RADIATION

Wimmer-Schweingruber has been working for years on lunar radiation research. However, it only took 13 months with his team to develop and build the Lunar Lander Neutron and Dosimetry (LND) instrument at the University of Kiel, in cooperation with the German Aerospace Center (DLR), with funding from the Federal Ministry for Economic Affairs and Energy (BMWi), and with colleagues at the National Space Science Center (NSSC) in Beijing. The measurements taken by the LND allow the calculation of equivalent doses. This is important to estimate the biological effects of space radiation on humans.

“You would think the Apollo astronauts would have measured equivalent doses, but they only carried dosimeters with them, which performed rudimentary measurements of the total radiation exposure during their entire expedition to the Moon and back again. There was no separate measurement on the Moon, compared to the total measurements,” says Wimmer-Schweingruber.

THE FIRST MEASUREMENT OF RADIATION DOSES ON THE MOON

LND is the first instrument of its kind to measure radiation levels on the moon.

CHANG’E 4 LANDS ON THE MOON WITH THE LND DEVICE

On 3 January 2019, thanks to Prof. Wimmer-Schweingruber and his team, China’s Chang’E 4 lander has made the first-ever measurements of the radiation exposure to both charged and neutral particles on the lunar surface. The results of the experiment, published in Science Advances, report for the first time on time-resolved measurements of the radiation on the moon. By January 2020, LND had already measured the radiation on the back of the Moon for 13 lunar days. However, the instrument is still active and thus regularly provides new data.

The LND device takes measurements during the lunar “daylight” and switches off during the very cold and nearly two-week-long lunar night, to conserve battery power. The device and lander were scheduled to take measurements for at least a year and have now already exceeded this goal.

“Normally, one loves to see a full Moon. I love to see a dark Moon, because then I know that our instrument is on,” says Wimmer-Schweingruber.

The data obtained by the LND can be used to review and further develop models, which is crucial for future interplanetary missions. Since the Moon has neither a protective magnetic field nor an atmosphere, the radiation field on the surface of the moon is similar to that of interplanetary space, apart from the shielding by the Moon itself. Future manned missions to Mars, for example, can benefit from the device by reliably estimating the anticipated radiation exposure in advance.

“More scientific exchange should take place, not only between China and Germany or China and Europe but also worldwide, I hope that we’ll have future joint missions,” concludes Wimmer-Schweingruber.

The 2020 Beijing Science and Technology Award was announced at the Zhongguancun Forum on 25 September 2021. Professor Robert F. Wimmer-Schweingruber has received the award for his contribution to the Chinese mission to the Moon, Chang‘E 4.

“It’s a fantastic honor to receive this recognition. And it was only possible thanks to my team. Of course, you can’t build anything like this on your own. I had an excellent team and colleagues in China, at DLR, and the University of Kiel. It’s a team award and I’m very proud of it,” says Wimmer-Schweingruber.

Fifty-two years ago, humanity changed when Neil Armstrong took those first steps on the Moon. Today, at the ESSC, we congratulate Robert Wimmer-Schweingruber’s team and our Chinese colleagues for taking more steps to advance collaborative space exploration.